Orange Shirt Day began in 2013 in Williams Lake, B.C. Since then it has spread across Canada. This is the 4th year that our High School has observed it. It is a day to think about Canada’s treatment of our native peoples in the Residential School system. We focus our attention on this sad and uncomfortable history as a path to reconciliation. For more information about this day, please see this link. https://www.orangeshirtday.org/

Our area is very proud of one of our own — local artist Patrick Hunter was the designer of this year’s T-shirt. Patrick graduated from our High School a few years back and still sometimes comes back as a guest presenter. We are all thrilled with his success!

Here is a link to an interview with Patrick from CKDR Radio in Dryden, Ontario.

This spring our school library was given some extra money to buy FNMI resources (First Nations/Metis/Inuit). The following pictures are what we were able to acquire with this windfall. The collections include Fiction, Non-Fiction and Graphic Novels.

The motto for Orange Shirt Day is Every Child Matters. That thought must always be remembered because children are our greatest hope for the future.

Today is International Women’s Day! It is a good time to celebrate the sometimes overlooked accomplishments of the female gender.

To get you in the mood, please have a listen to this hit from way back in 1985 written by Annie Lennox and Dave Stewart of The Eurythmics.  Annie sings a duet with the legendary songstress Aretha Franklin.  Ladies and gentlemen, I give you… “Sisters Are Doin’ It for Themselves“.

Here are some books in our library with a female character who struggles to discover her own strength of character.

I hope you will find time to enjoy one of these books, or anything else that appeals to your reading pleasure over the March Break!

The local chapter of the Retired Teachers of Ontario was generous enough to supply the school libraries in our area with some funds to buy books.  They left the selection up to the Librarians so we could choose what we needed most. Since I am always looking for new FNMI resources and The Indigenous Peoples Atlas of Canada had just been published by the Canadian Geographic Society, I was pleased to spend the bulk of the funds on this resource.  The other books were on our Amazon wishlist and I filled in what I could in order to add up to the right amount.

We are always so very grateful for any donations!

Anyone who works in the LIS field knows that librarians spend a pretty good chunk of their day explaining why their jobs are important/still relevant in the Age of Google. It’s exhausting, to say the least, but I’ve come to realize that these conversations are absolutely vital. As stories of library closures and funding cuts continue to permeate our news cycle, it’s becoming more and more important that we learn to speak up and defend our work — not just for the sake of our careers, but for the benefit of the communities we serve.

Since transitioning from public to school libraries last year, I’ve become much more concerned with the state of our province’s school library programs. Did you know that in 2017 only 52% of elementary schools in Ontario reported having a full- or part-time teacher librarian? (To put things into perspective, that’s down from 80% in…

Poem in Your Pocket Day began in New York City in 2002. By 2008, when the Academy of American Poets took it on, it had spread to all 50 states.  In 2016 The League of Canadian Poets became involved and that is when I suddenly heard of it.

Red Lake District High School has been taking part in this celebration since 2016.  The first year the poems were printed on small bookmarks and last year they were on ribbon tied scrolls.  The scrolls were so popular that we did it again this year (with a different selection of poems).

This year we selected 3 poems to give away from the fabulous selection provided by the League of Canadian Poets.ca

This year we gave out: Afternoon on a Hill by Edna St. Vincent Millay ; When Giving is All We Have by Alberto Rios and Migrations by Eleonore Schonmaier.

I was very pleased that the League of Canadian Poets had included a poem by Eleonore who is a graduate of Red Lake District High and a wonderful, award-winning poet.  Last year, with her permission we gave out 2 of her poems.  There are many local people who remember Eleonore when she lived in Madsen (a small mining town in the Red Lake District), and it is great for the students to know that our little area has produced such a talented poet.

Here is a link to Eleonore’s website with a post about Poem in Your Pocket Day including a lovely postcard version of the selected poem:

via Happy Poem in Your Pocket Day

Last year students in Mrs Kristoff’s Leadership class decided to add to the Library decor by adding something eye-catching to the library’s walls.  It was a long process deciding first what they wanted to do, where they wanted to put it, ordering it and finally getting it put on the wall.

Yesterday was the big day all their labour was finally realized!  A big thank you to the students who put this all together and also worked on getting it on to the wall.  Also, we appreciate the help of our maintenance staff Mrs Magel and Mr Aucoin for their assistance.

Click here for a list of Romantic literature at RLDHS library.  Why not tell us what is your favourite romantic book?

Stop by the library for your choice of several Valentine bookmarks!  Share the book love!

Beautifully expressed Eleonore! We are all so proud of Eric!

our fathers worked together under-

ground while you on the surface

the only boy figure skater

you with their hockey

sticks. all of us children

of goldminers, and you

girl in your hands the first time

you threw her she landed

heights she trusts you to

twirl her above your head.

soulmates. your hidden self

shared with the world. fear

is a sound in the inner

ear but has no refuge

there. courage is your world

I would dearly love to own some clothing like this!

Not that I am trying to hide or anything, it just suits my Geeky sensibilities!

This is a gif made from an episode of Mr. D – the crazy CBC comedy about an incompetent teacher with illusions of grandeur.  (Link) It’s like if Trump was teaching school — but actually not even that bad!  This character is Miss Terdie the librarian, whom Mr. D. dislikes immediately because he thinks she is trying to steal his name. (You might have to say their names one after the other… get it?)  This outfit was Miss Emma Terdie’s choice for her staff photo!

I must have been thinking of this because it’s going to be picture day in the library again soon.  February 5 and 6 the library will be closed for Grad photos.  Retakes take place on the morning of February 5th only.

This morning I found a box from Amazon.ca in my mailbox.  Hmm, I didn’t order any books, I thought.  I was hoping perhaps I had received a donation from the Library Wishlist, but also trying not to be too optimistic.  Now I am almost wishing I had filmed the unboxing because I had , make that three,  very nice surprises.

The first was that yes, they were donations for our library.  The second one was that there were three books, not just one (which would have been lovely too!).  The third (and most surprising) was that they were from my daughter!  She certainly knows how to make her mama happy!

The books are:  The Martian Chronicles, by Ray Bradbury (a classic that I was very sad not to see on our shelves);  The Handmaid’s Tale, by Margaret Atwood, (a Canadian classic and very timely right now) ; and Girl Up: How to Be Strong, Smart and Spectacular, by Mayim Bialik (who is a Ph.D and is also known as Amy Farrah Fowler on The Big Bang Theory).

I can easily see why my girl made these choices, after all, she has a Masters Degree in Science, and she is also an independent, strong-willed, successful woman.  But I thought I would ask her anyway.  Her response was that she couldn’t resist the chance to inspire students with a passion for science and feminism.

Here is one student who is already eager to read at least one of these books!

Join 111 other followers
Follow Check out Your Library! on WordPress.com 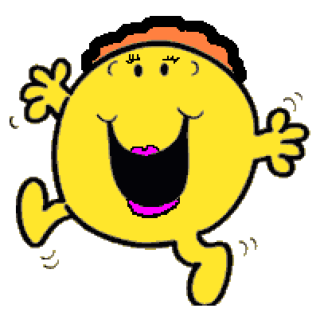